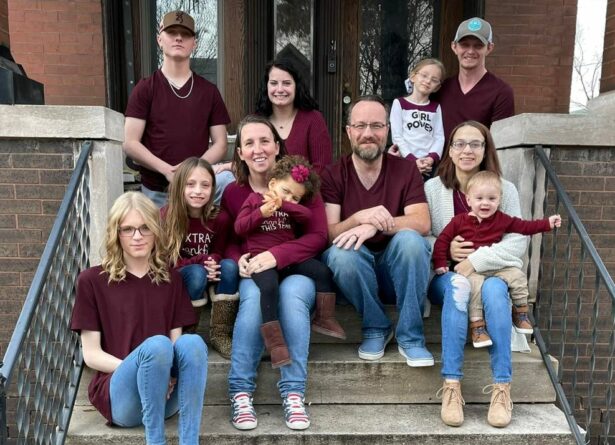 We hear about blended family all the time, but Hoyleton foster and adoptive parents David and Amy Petrillo have a new extended definition. The two have been together for eight years and have 11 children – eight of which are biological. Through Hoyleton Youth and Family Services, they have adopted two children and currently care for one foster child. 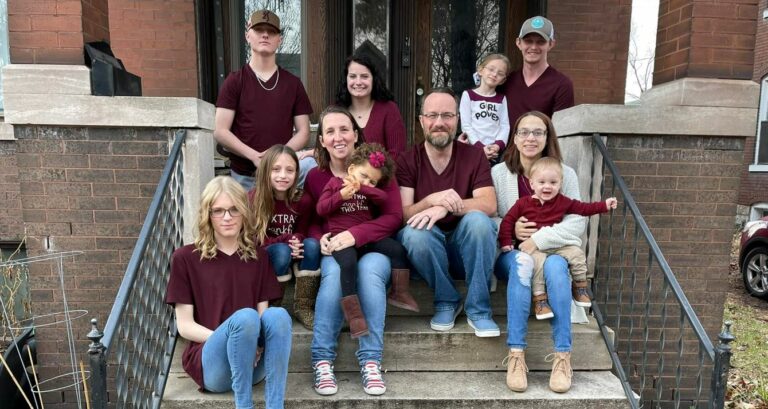 When Dave first met Amy, he was also introduced to her two-year-old foster child, Payton. After the couple married a couple years later, they adopted Payton together. Now at nine years old, Payton has always known she was adopted.

In 2019, the Petrillos decided to add to their family again – this time with another foster child through Hoyleton. Emersyn (Emmy) joined the blended family at just 12 weeks-old, but unlike big sister Payton, Emersyn had serious health issues. She had suffered brain damage, a result of shaken baby syndrome, and had a genetic issue called Goldenhar Syndrome, which caused incomplete development of the bones in the face, affecting the ears, nose, soft palate, lips, and jaw on one side of the face. Despite these challenges the family loved and cared for Emersyn, but it was not easy. Amy recalls many phone calls and visits with Hoyleton foster care staff who Amy says, “bent over backwards to make sure medical consents were completed and prescriptions were filled for Emersyn even when there were insurance issues to figure out.”

She also remembers when the doctors told her Emersyn may never walk or talk. While the blended family knew there were complications ahead, they felt a strong connection to Emmy and knew they had the full support of the Hoyleton foster care staff. Amy and Becky Rhoden, the Foster Care Case Manager at the time, spent many late nights and early mornings on the phone discussing health concerns and working through paperwork for many of Emersyn’s necessary surgeries.

The difficult times in Emersyn’s life didn’t faze the Petrillo family, and she was officially adopted December 28, 2021, when she was three years old. (Learn more about our Permanency Services) 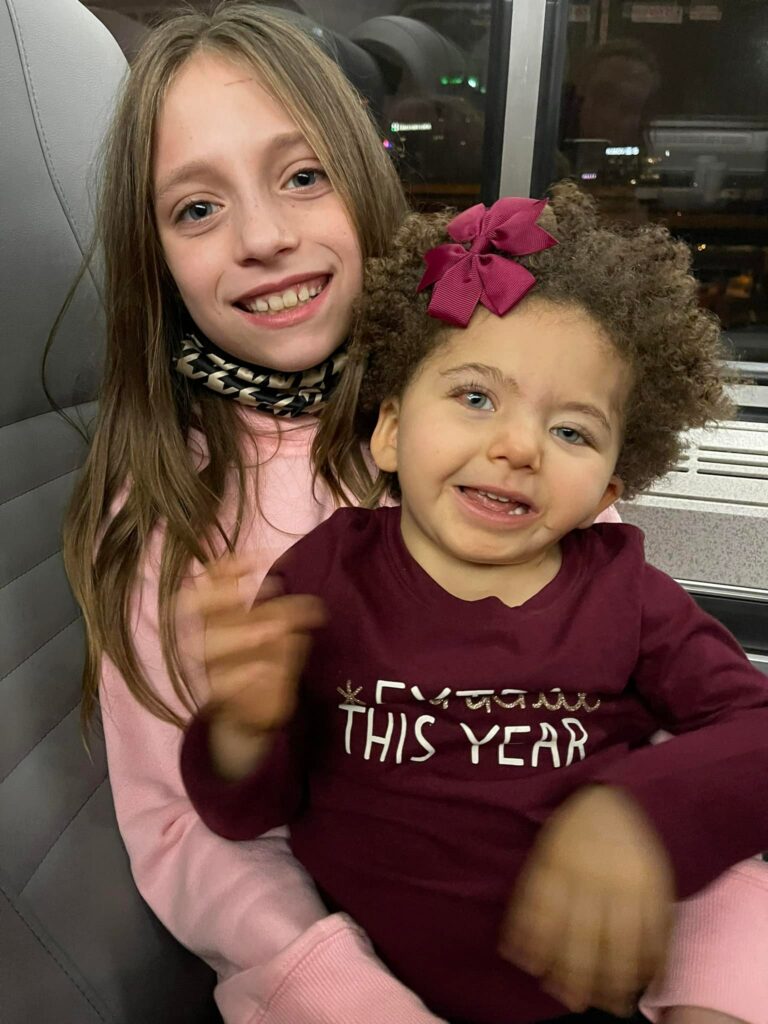 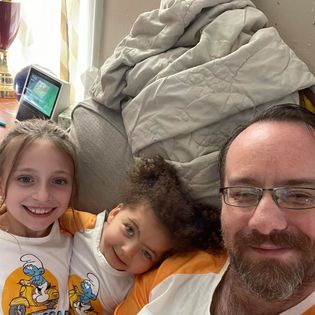 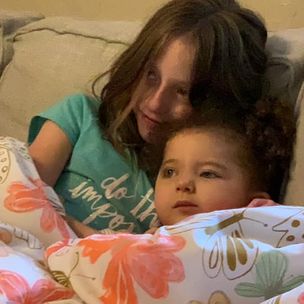 Hoyleton staffer Jennifer Trim has been a case worker for the blended family for the past two years and said they have been a wonderful family to work with. “Dave and Amy have been strong advocates for Emmy and always put her and their other children’s best interest first,” Trim said. “I have learned a lot from this family. I know when you go into a specialized home multiple times a month, you are more than a case worker – you are an integral part of their support system. I was very happy to see such a happy ending for Emmy.”

As a result of their success with Emmy, the Hoyleton foster care staff reached out to the Petrillos again – this time with another medically complex case. They knew Amy and Dave had the compassion and skills needed for two-year-old Dylan, who had been diagnosed with a brain tumor at 15 months-old. He had also spent almost 200 days alone in Cardinal Glennon Hospital.

As a former Patient Care Tech at Children’s Hospital, Amy was familiar with cases like Dylan’s. She also knew the system would not let her come visit him in the hospital without a care agreement to foster the child. She despised knowing how long he had been alone in the hospital, and when Hoyleton reached out about caring for Dylan, she and Dave accepted.

Dylan is currently undergoing six weeks of radiation, and there is a very difficult road ahead for him and the family. Sadly, Dylan’s diagnosis is terminal, and the family is doing all they can for him.

When asked how caring for a sick child has changed her life, Amy said, “The experience has taught me to slow down and appreciate the little moments and milestones in life. When we brought Emmy home, the doctor said she may never walk or talk, and she can do both now.”

Amy also talked about the importance of finding your village as a foster/adoptive parent. “My village includes my family, the Hoyleton foster care team, Restore Network and other friends with foster children who truly understand what we are going through.”

When asked about working with this family Rhoden, who is now a Hoyleton Child Welfare Program Manager, said, “I love this family! Amy is always willing to work with the bio parents and fully sees them and values their efforts to bring their children back home.” The whole Hoyleton foster team is so confident in the Petrillos, and their support of foster children, that they have reached out to them when issues arise with other cases. Rhoden said Amy has been so helpful when a foster child needs a place to stay for just a day or two until other arrangements are available.

Amy is so passionate about helping foster children and has learned so much through personal experience that she went back to school to become a case manager and currently works with DCFS in an administrative role. Rhoden said Amy is a true advocate for children and very supportive of the goal of reunification.  Not all families can do what the Petrillo family has done for children in foster care, but with solid support systems, loving families, and knowledgeable compassionate case workers, we continue to make a difference one child at a time.